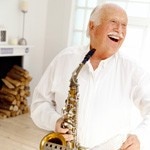 A recent study from Liddle, A. et al1 has examined the factors affecting revision, patient-reported outcome and satisfaction following PKA looking at data from the NJR (National Joint Registry) for England, Wales and Northern Ireland and the Hospital Episode Statistics database.

The study found the overall survival rate of PKRs to be 91.8% at 5 years and 89.1% at 8 years in a cohort of 25,982 patients. Implant survival was better in older patients (≥75 years), men and those with no co-morbidities. Revision was also less likely if performed in high PKR volume hospitals by experienced surgeons; there was no difference in survival between a cemented or cementless PKR.

Over 84% of patients had good, very good or excellent levels of satisfaction, with only 3.8% reporting poor satisfaction. Those with procedures performed by more experienced surgeons and in higher volume hospitals tended to not only have reduced revision rate, as mentioned above, but those patients were also more satisfied following surgery than those who had their procedures from lower volume surgeons.

Older patients, who are less likely to receive a UKR, are the patients who appear to gain the greatest benefit from surgery and the lowest revision rates. Superior results in survivorship and patient satisfaction appear in patients operated by experienced surgeons in high UKR volume hospitals.